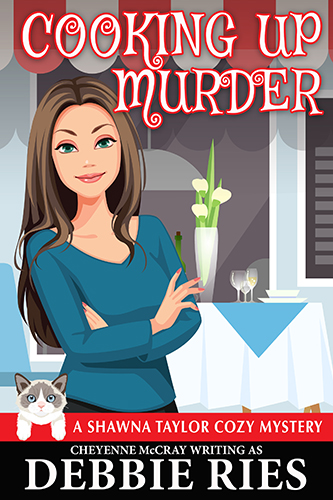 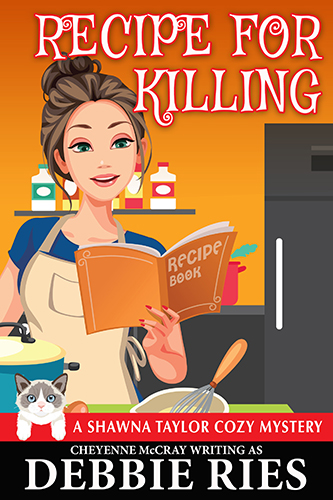 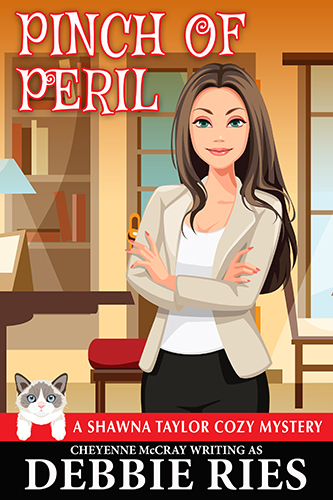 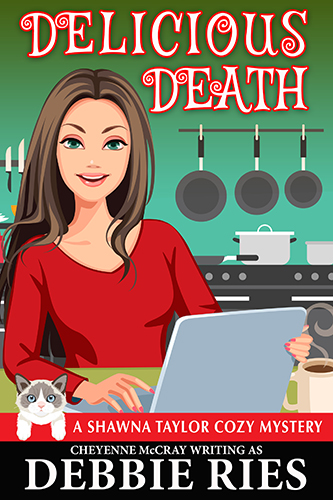 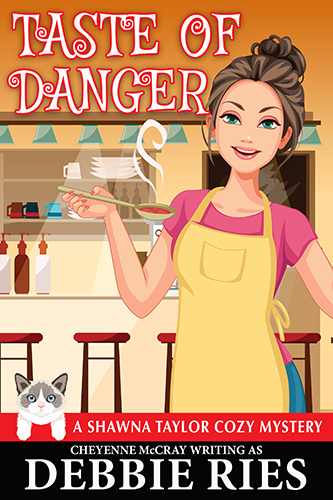 After solving the first murder to occur in her small town in over fifty years, all amateur sleuth and café owner, Shawna Taylor, wanted to do was help her recipe club prepare for Bisbee, Arizona’s chocolate extravaganza. But, as fate would have it, after a round of taste-testing heavenly desserts, one club member drops dead.

The police believe Shawna’s friend, Jessica, was the one who had offered the town’s most hated woman a decadent chocolate cheesecake laced with poison. Shawna refuses to believe the sweet dress shop owner would kill anyone and enlists the help of her most daring friends, an adventurous fashion diva and zany yoga instructor. Together, they must uncover the real murderer. Could it have been the act of a jealous wife? An elderly woman protecting her cats? A kindergarten teacher seeking retribution? A chef’s payback for theft? Or a hippie artist’s idea of revenge?

The trio faces danger at every turn in their search for the truth. The handsome local detective warns Shawna off, but she’s not about to see her friend locked behind bars. If they aren’t careful, the chocolate desserts planned for the extravaganza will be offered at her funeral.

Shawna Taylor goes from cook and cat owner to amateur sleuth one fateful day that changes her life forever.

Café owner, Shawna Taylor, has a flair for cooking up tasty food and treats for the residents of Bisbee, Arizona. She also learns she has a flair for solving mysteries when her best friend becomes the prime suspect in a murder investigation.

Her small town hadn’t suffered a homicide in over fifty years, until the day Sarge Gleason is stabbed in his antique shop with his own vintage dagger. Could he have been murdered by a relative who stands to inherit millions? Or by a shady business partner trying to get away with Sarge’s property? Or is it her own employee who has a closely held motive? Is Shawna working with a murderer?

With the help of her friends, an adventurous fashion diva and a zany yoga instructor, Shawna will derail the handsome local detective’s investigation and stir up the town’s secrets.

“The characters were down-to-earth, relatable and charismatic and the storyline well-written, plausible, engaging and fun.”

“The storyline warmed your heart with characters who had depth and touched you on an emotional level.”